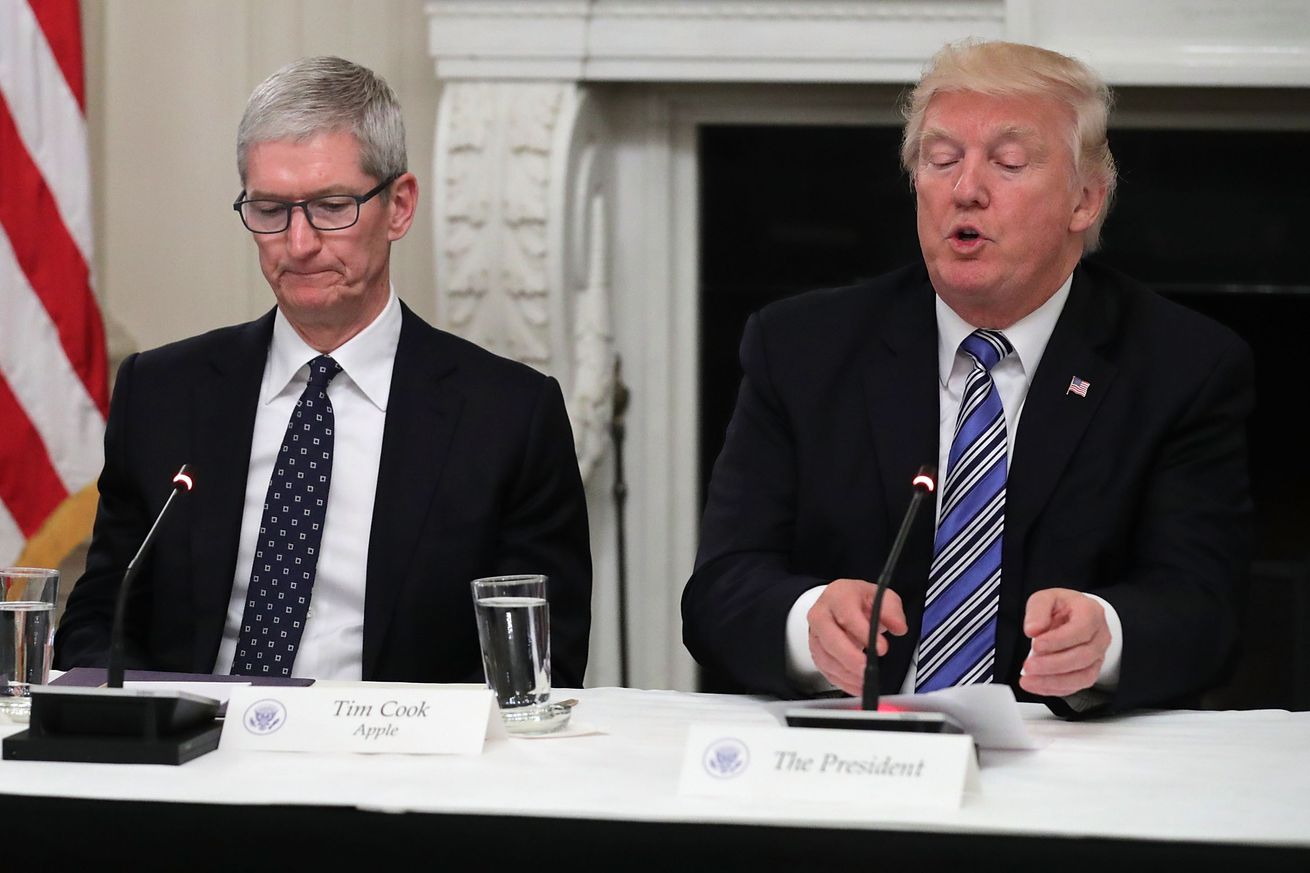 President Donald Trump says Apple CEO Tim Cook “made a very compelling argument” that tariffs on China will hamper Apple’s ability to compete with Samsung. The pair had dinner on Friday night at the president’s golf club in Bedminster, New Jersey, and Trump described the conversation to reporters from publications including Bloomberg, CNBC, and Fox News on the way back to Washington.

“I had a very good meeting with Tim Cook,” Trump said. “I have a lot of respect for Tim Cook, and Tim was talking to me about tariffs. And one of the things, and he made a good case, is that Samsung is their number-one competitor, and Samsung is not paying tariffs because they’re based in South Korea.”

THE ONLINE GROCERY REPORT: The market, drivers, key players, and opportunities in a rising segment of e-commerce