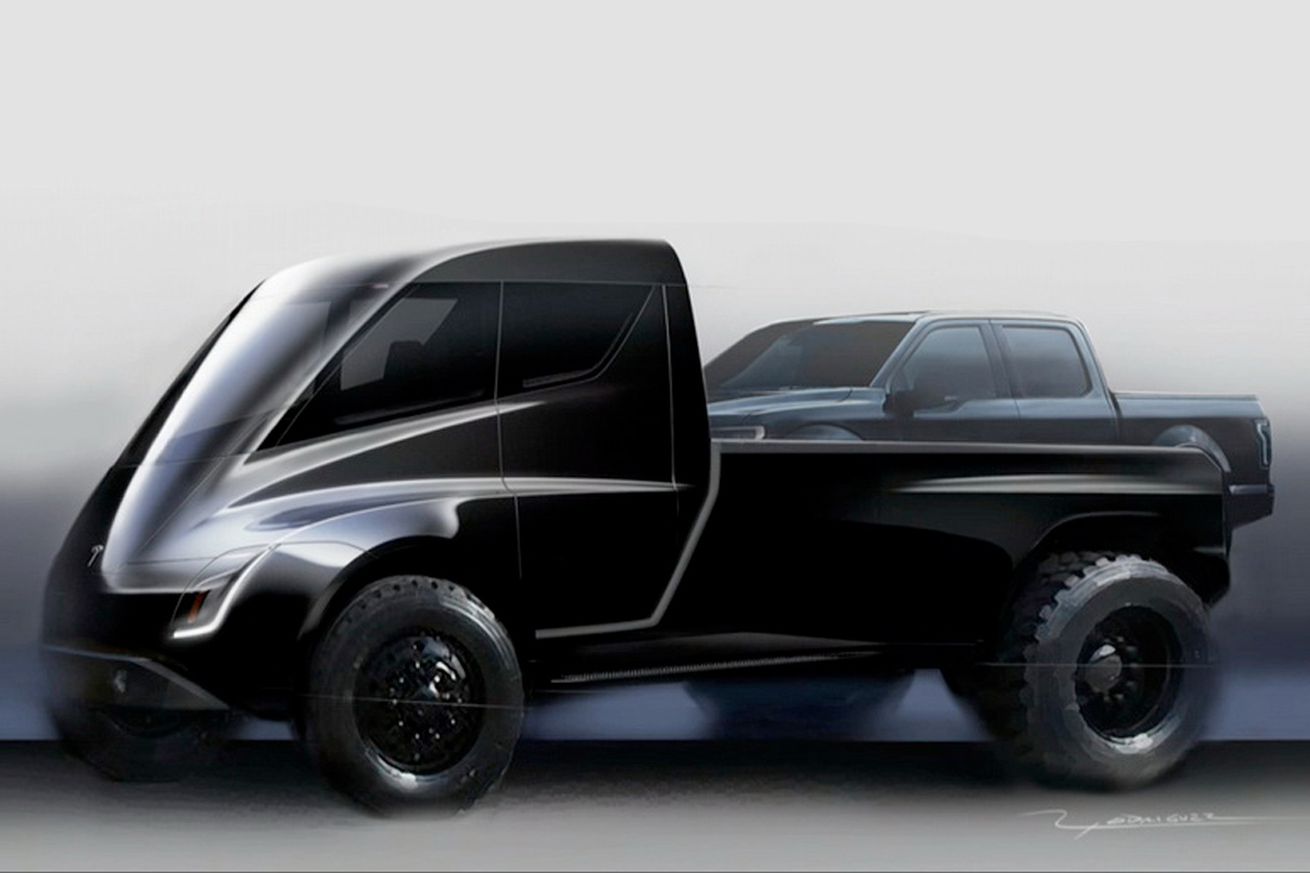 An early concept image of the pickup truck shown at the unveiling of the Tesla Semi. | Image: Tesla

The Tesla pickup truck, described by Elon Musk as “the coolest car I’ve ever seen,” is now looking at a November reveal at the earliest, according to a tweet from the Tesla CEO. The science-fiction inspired electric pickup truck had been expected to arrive this summer, or October at the latest, based on previous statements made by the notoriously optimistic Musk.

Beyond an early concept image of a pickup shown at the unveiling of the Tesla Semi in 2017 and an image tweeted in May, little is known about the Tesla pickup truck. Musk described it as follows in a Recode interview with Kara Swisher last year: