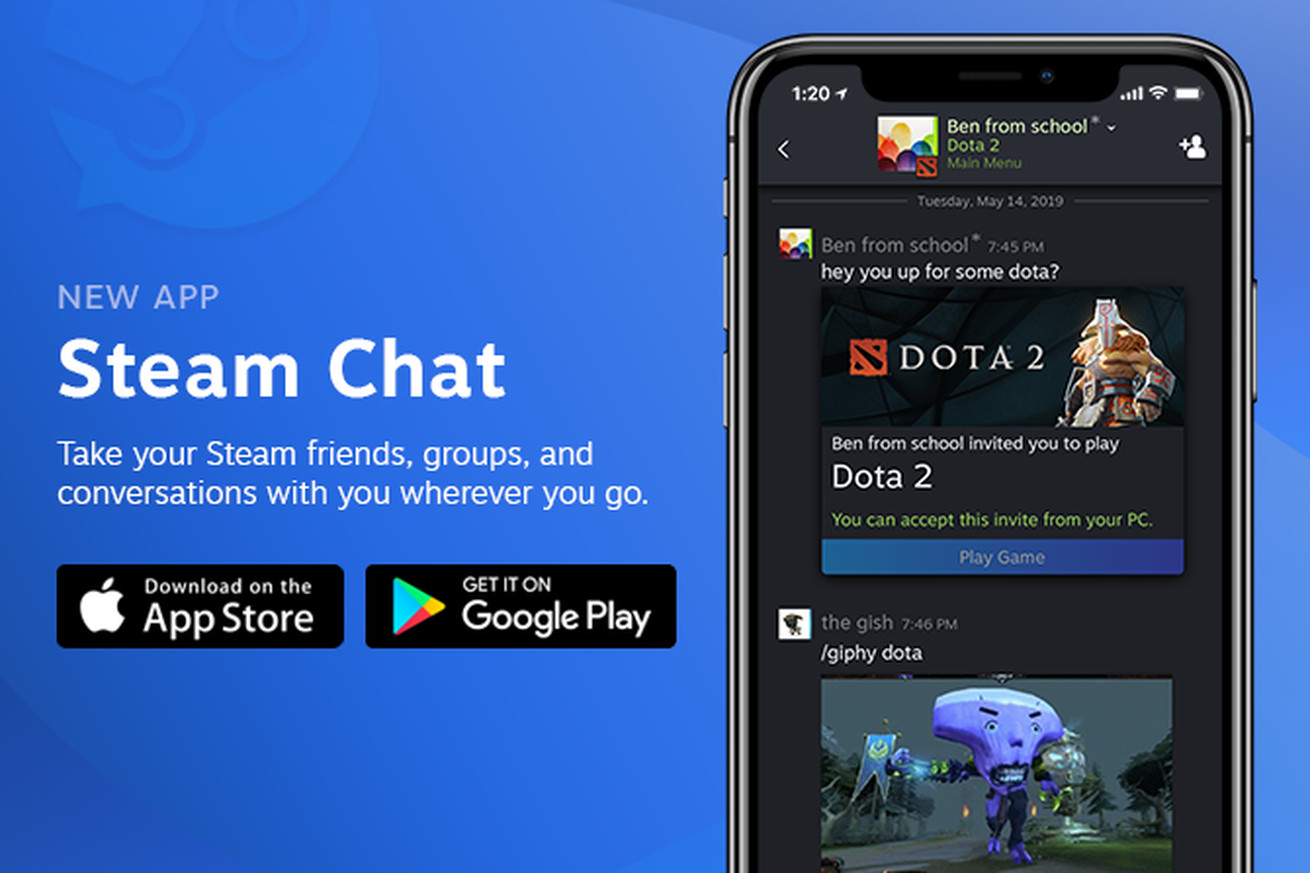 Valve has released a new standalone mobile app incorporating many of the chat features of its desktop client, which underwent a major refresh last year in an attempt to compete with Discord. The new mobile app, which is available for iOS and Android, includes rich chat features, group chats, customizable notifications, and more. Voice chat is a notable omission at present, though Valve says it’s working on it.

This is Valve’s second major iOS app launch in less than seven days. Last week the long-delayed Steam Link app, which lets users beam Steam games from their desktop PC to an iPhone, iPad, or Apple TV, was finally approved by Apple after having been rejected almost a year previously.

How to get the most out of iOS 12 Shortcuts