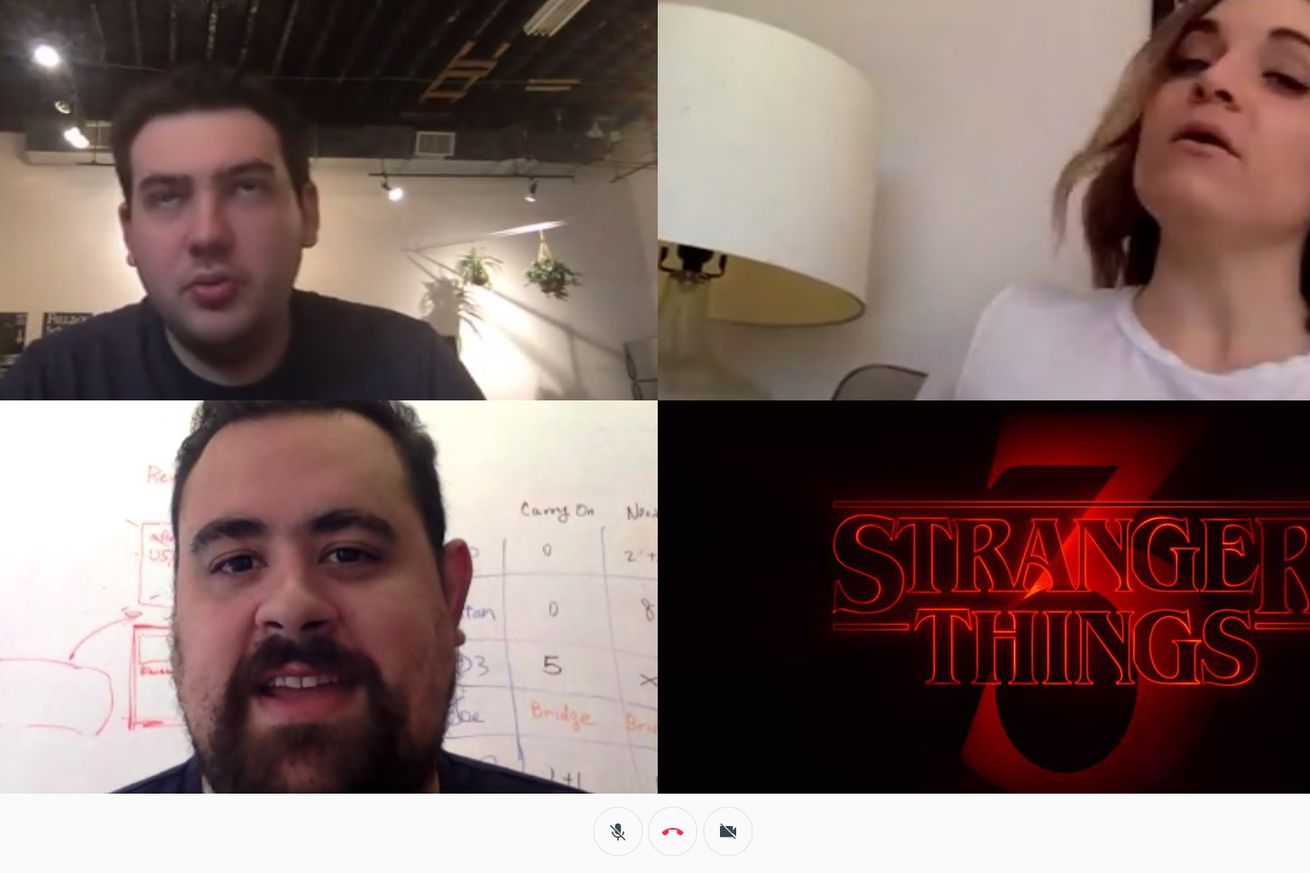 Netflix Hangouts is a new Chrome extension that tries to make it easier to get away with watching Netflix while you’re supposed to be working. Just go to the show you want to catch up on during work hours, and press the extension’s icon in your Chrome menu to bring up a fake four-person conference call. Then you can sit back and watch the show in the window’s bottom right feed while three fake colleagues get down to business.

Depending on the show you’re watching, you could just about get away with it — as long as no one notices that your conference call consists of three strangers alongside the cast of Stranger Things.

The extension was developed by Mschf Internet…

Experts: Source of imbalance is key to why ship overturned

EU struggles to agree on Gibraltar before Brexit summit