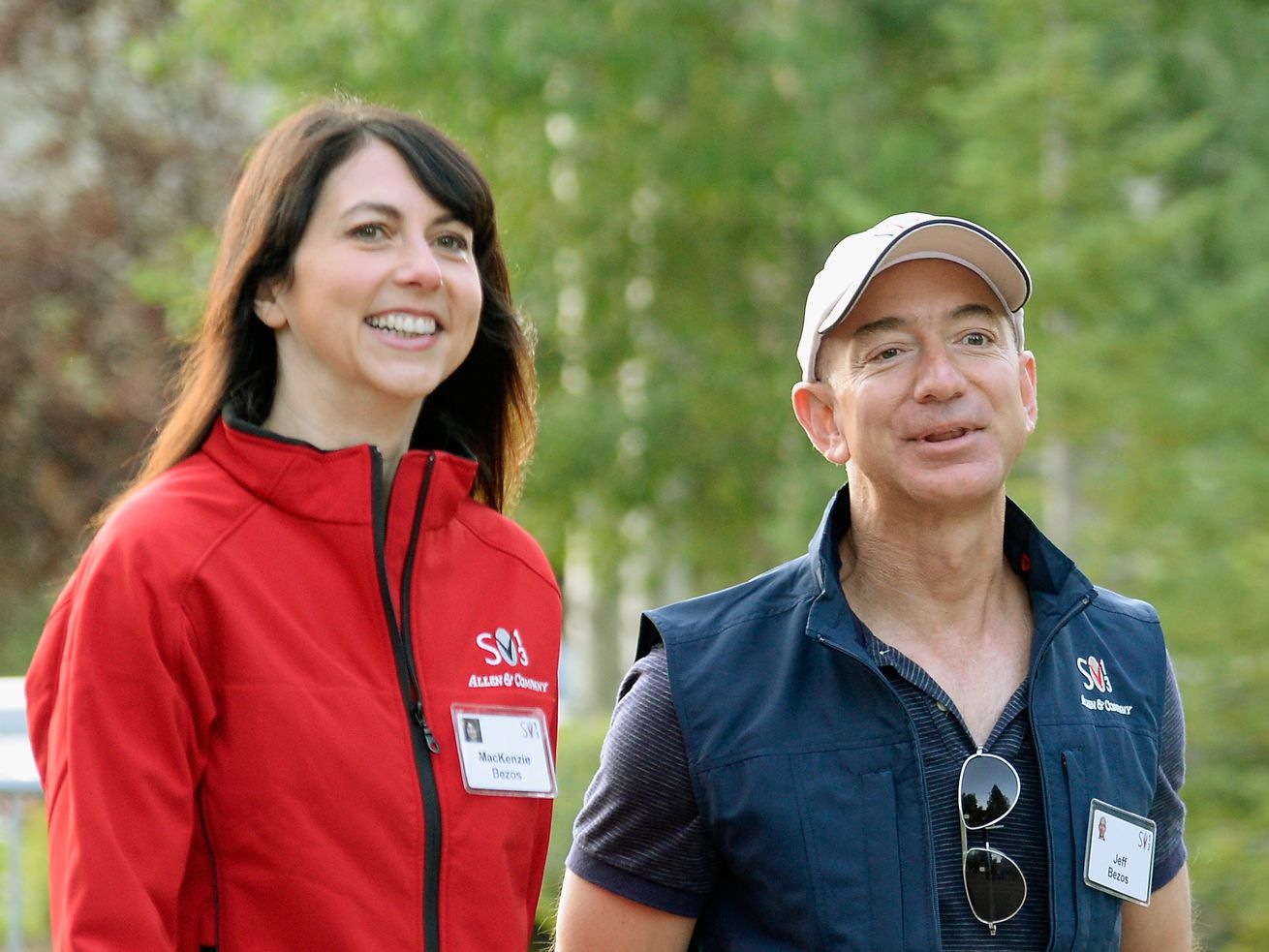 Plus: Women at Microsoft detail accounts of sexual harassment at work, Snap is building an ad network, and Amazon pushes ahead on plans to go to space.

Jeff Bezos’s ex-wife, MacKenzie Bezos, will be worth around $35 billion dollars, making her the world’s third-wealthiest woman, according to Forbes. On Thursday, the newly single billionaire tweeted the details of what is likely the world’s largest divorce settlement. Here are the terms: Jeff Bezos will transfer 25 percent of his shares in Amazon to his former partner, but retain his voting rights. MacKenzie Bezos will give up any claim to equity in the Washington Post and Blue Origin, the space exploration company founded by Jeff Bezos. What’s unclear is how MacKenzie Bezos, a novelist who has kept a relatively low profile, will spend her fortune. “Grateful to have finished the process of dissolving my marriage with Jeff with support from each other and everyone who reached out to us in kindness, and look forward to next phase as co-parents and friends,” she wrote in a tweet that was retweeted by her ex-husband.
[Theodore Schleifer / Recode]

Microsoft is investigating claims of sexual harassment that women at the company say were overlooked. In recent weeks, employees have been detailing claims of harassment in a 90-page-long email thread being circulated widely around the office, which was first reported by Quartz. One senior employee wrote she was asked repeatedly to sit on a coworker’s lap in a meeting where HR and executives were present. Another employee on the Xbox team said she and many other women were repeatedly called “bitch” by their coworkers, and that it was an accepted part of the team culture. The company’s top HR executive has reportedly replied to the thread, and Microsoft CEO Satya Nadella reportedly expressed his dismay at the accounts in an all-hands meeting on Thursday.
[Dave Gershgorn / Quartz]

Snap has a plan to grow its business without adding new users: run ads inside other apps. The company, best known for its Snapchat app, will let other app developers fill their ad inventory with full-screen, vertical video ads that also appear on Snapchat. In exchange, Snap will keep a portion of the revenue. Facebook launched a similar program, the Facebook Audience Network, in 2014. As Kurt Wagner writes, “If Snap can show the ads to more people, it should make Snap’s ad business more appealing to advertisers.” However, “what’s unclear is how this will work in practice.” The company plans to launch the network later this year.
[Kurt Wagner / Recode]

Amazon plans to put 3,236 satellites in low Earth orbit as part of an initiative called “Project Kuiper.” New details about Amazon’s plans in space emerged from public FCC filings, which were first reported on by GeekWire. The satellites will “provide low-latency, high-speed broadband connectivity to unserved and underserved communities around the world,” an Amazon spokesperson said in an emailed statement to GeekWire. If the project goes as planned, it could provide data coverage to about 95 percent of the world’s population. But the ambitious project could take years to complete, and Amazon will face competition from companies like SpaceX, OneWeb, and Facebook in their efforts to provide broadband to underserved populations. As Geekwire’s Alan Boyle writes: “Some of the world’s best-known companies have been working for years on plans to serve that market.” [Alan Boyle / GeekWire]

Amazon is slashing prices at Whole Foods again — and shoppers are noticing. “That is a huge price drop on those carrots.”
[Jason Del Rey]

Teslas are selling well, if you consider them luxury cars. But not if you compare them to the mass-market cars Tesla wants to sell.
[Rani Molla]

The company that owns the New Yorker and Vogue is bleeding money. A new CEO is supposed to turn things around. New Conde Nast boss Roger Lynch comes from Pandora and Sling.
[Peter Kafka]

Inside the world of Game of Thrones tourism.

The Swedish Church Creates LGBTQ View of the Bible for Children, Identifies Jesus as ‘Queer’