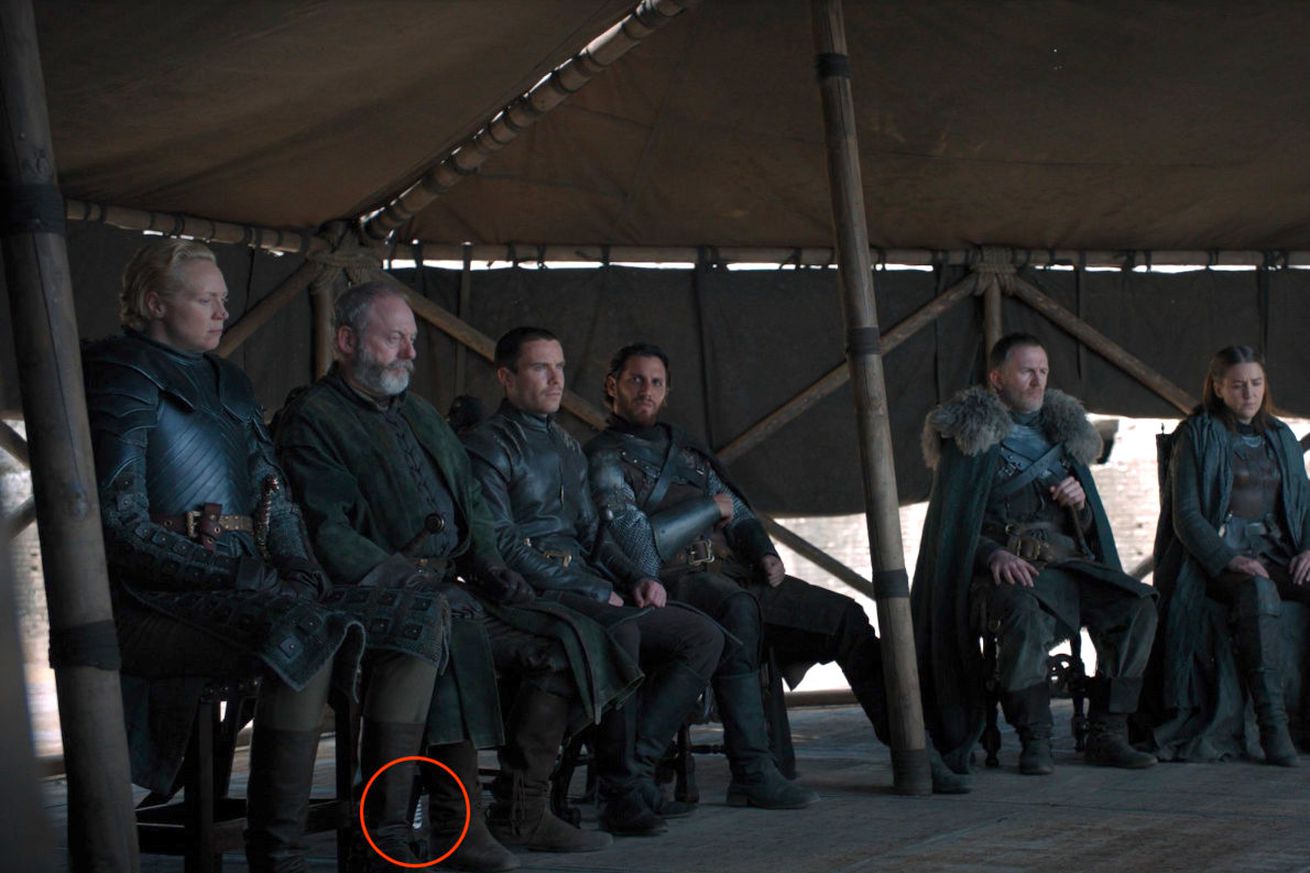 First it was a coffee cup, now it’s a bottle of water. Poor Game of Thrones just can’t catch a break.

Just a couple of weeks after some eagle-eyed fans discovered a forgotten coffee cup in a Game of Thrones scene, a couple of misplaced water bottles have appeared. The bottles, seen in screenshots below, pop up a few times over the course of several minutes. The first time is at 46:19 on HBO Now, and then a few minutes later. One is tucked just behind Samwell Tarly’s foot in the photo below.

Another water bottle can be seen just behind Ser Davos’ chair, in-between him and Gendry.

The high and low points of Game of Thrones’ final episode