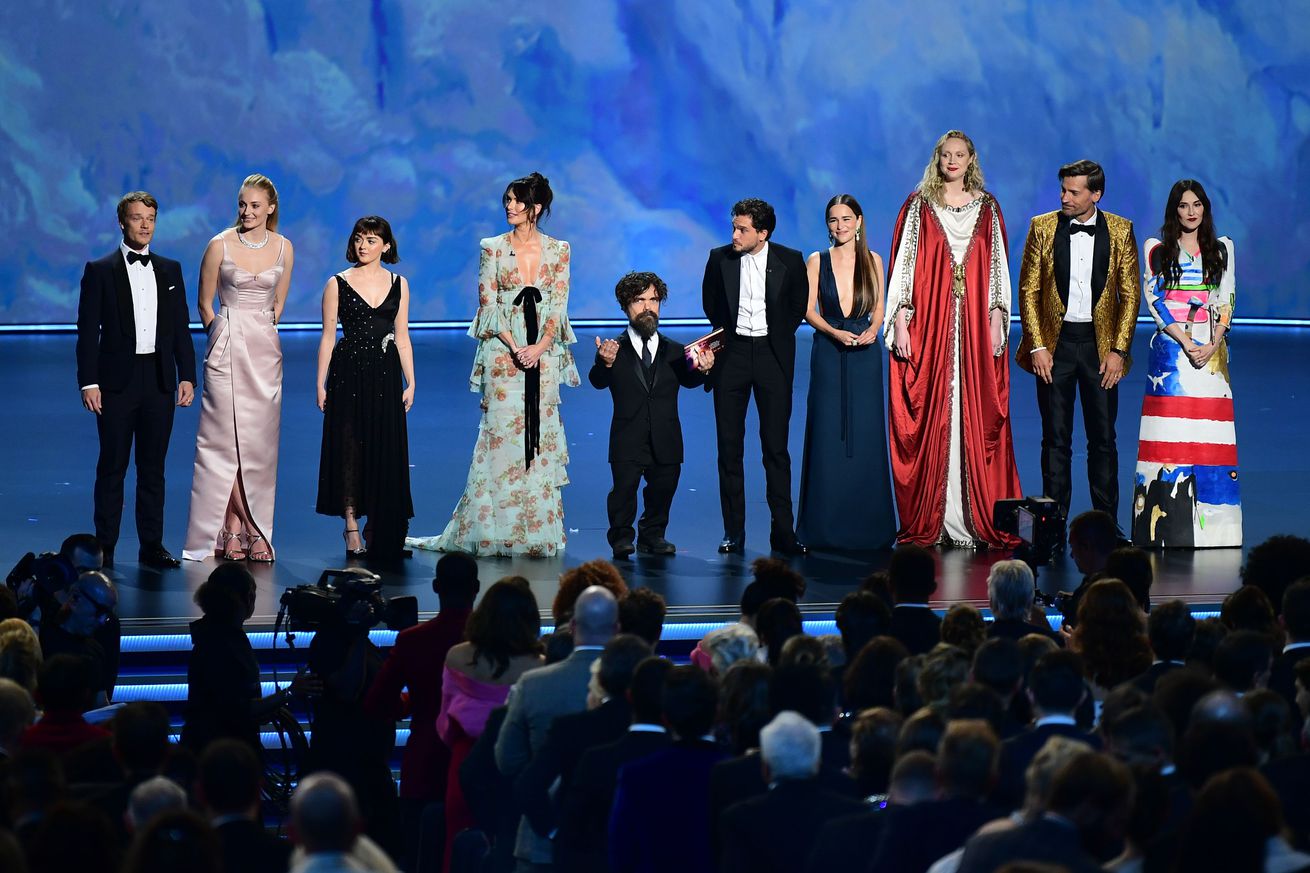 The television Academy paid its final adieu to Game of Thrones tonight, honoring the cast with a standing ovation — but not necessarily in awards.

Game of Thrones’ final season was practically shut out at the main Emmy’s telecast. The show did take home the award for Best Drama Series, and Peter Dinklage won the award for Best Supporting Actor in a Drama for his role as Tyrion Lannister. Those two wins at tonight’s telecast, combined with the 10 awards the show won at the Creative Arts Emmys last week, means Game of Thrones ties its previous record for most wins for a single season of television. The show previously won 12 awards for its fifth season in 2015, setting a new record.

The lack of awards may not be too surprising for fans…