Sony Mobile is one of the largest smartphone handset manufacturers in the world, offering the latest in smartphone technology these phones are some of the best in the market.

Sony has been growing exponentially since its acquisition of the Swedish telecommunications giant Erricson in October 2011. Sony mobile has entered the Indian market with a bang and offers smartphones for all budgets. We have put together a list of our picks for the top 5 Sony mobiles with price under Rs. 20,000. 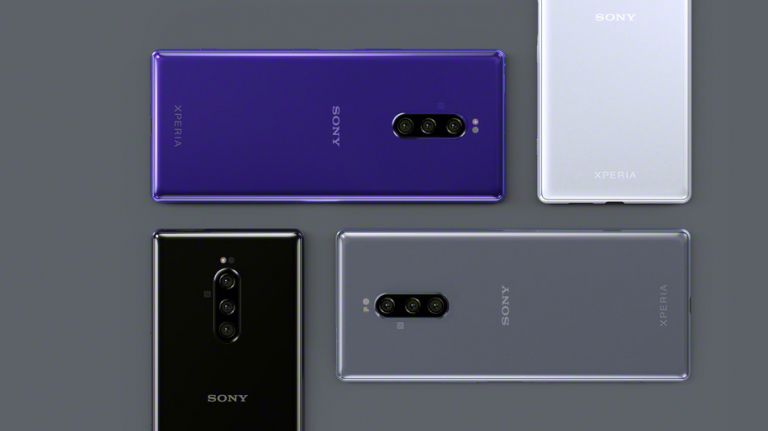 The Sony Xperia XA1 Ultra comes with a 6” TFT Display with a resolution of 1920 x 1080 pixels resulting in a 367 ppi count. The Sony Xperia XA1 Ultra has a 23 MP rear camera and 16 MP front camera, to ensure you get good clarity on all your pictures, whether they are selfies or regular pictures. The 16nm Mediatek Helio P20 – Octa-core CPU and the Mali T-880MP2 GPU ensures this phone runs even the memory and graphic-intensive applications with ease. The 2,700mAh Li-Ion battery with Mediatek Pump Express and 2.0 fast-charging ensure you are always charged up and ready to go.

The Sony Xperia 10 comes with a 6.0″ IPS display which renders a 21:9 aspect ratio, Sony considers this aspect ratio to be the future of smartphones and is excited to take us there. The Sony Xperia 10 has a 13MP primary and 5MP secondary rear camera with Hybrid AF and Sony’s SteadyShot allowing it to capture crystal clear pictures and shoot video in 4K. The front camera is 8MP to insure clarity while taking selfies and video calling.

The Sony Xperia XA1 Plus comes with a 5.5 inch, IPS LCD capacitive touchscreen display that is capable of displaying up to 16 million colors. The resolution of the screen is 1080 x 1920 pixels with an aspect ratio of 16:9 and is protected by Corning Gorilla Glass 4. The Sony Xperia XA1 Plus carries a 23 MP rear camera that can shoot video in 1080 p at 30 fps and an 8 MP front facing camera that can also shoot video in 1080 p at 30 fps. The chipset installed in the Sony Xperia XA1 Plus is the Mediatek MT6757 Helio P20 carrying 4GB of RAM, the Octa-core (4×2.3 GHz Cortex-A53 & 4×1.6 GHz Cortex-A53) CPU and the Mali-T880MP2 GPU help this phone render video smoothly.

The Sony Xperia L2 comes with a 5.5 inch IPS LCD capacitive touchscreen display with a resolution of 720 x 1280 pixels and an aspect ratio of 16:9. The screen can produce up to 16 million colors. Powering the Sony Xperia L2 is the Mediatek MT6737T (28 nm) chipset with a Quad-core 1.5 GHz Cortex-A53 CPU and the Mali-T720MP2 GPU. The phone carries 3GB of RAM and internal storage of 32GB, the storage can be expanded up to 256 GB with a microSD card. The rear camera on the Sony Xperia L2 is 13 MP, capable of shooting video in 1080p at 30fps. The front-facing camera is 8MP also capable of shooting video in 1080p at 30 fps, to ensure your pictures, videos, and video calls are smooth every time. The battery inside the phone is 3,300 mAh giving it a reasonably good battery life.

The Sony Xperia T2 Ultra comes with a 6 inch IPS LCD capacitive touchscreen that is capable of producing 16 million colors. The screen resolution is 720 x 1280 pixels with an aspect ratio of 16:9, producing a pixel density of 245. The Sony Xperia T2 Ultra is powered by the Qualcomm MSM8928 Snapdragon 400 (28 nm) chipset with a Quad-core 1.4 GHz Cortex-A7 CPU and an Adreno 305 GPU allowing it to support most of the latest apps on the Playstore. The Xperia T2 Ultra isn’t great when it comes to RAM as it carries just 1 GB, neither is it great when it comes to memory, its internal memory is 8GB which is expandable with a microSD to 32GB, but the Snapdragon processor utilizes this memory efficiently.

With their advanced chipsets and reasonable prices, Sony mobile prices of budget line of phones is something totally worth looking at the next time you are in the market for buying a phone. You can also use no-cost EMI options when you make the payment using Zestmoney on leading merchants like Flipkart and Amazon.

What is the Necessity for GST?

What is the Best Ebook Format for Kindle?

Crypto Tax Software – The Solution to your Crypto Problems